With the development of mobile devices and Internet-of-Things, the demand for low-power circuits has been growing rapidly in the past decade. The Analog-to-Digital Converter (ADC) is one of the key building blocks in these systems. In this talk, we review the progress of low-power ADCs over the years in terms of performance and limitations. From these limitations, it can be shown why sometimes very different approaches are used to minimize the power consumption. Various state-of-the-art examples will be shown to illustrate the diversity of techniques and ideas within the field. Next, an outlook to the future is given by discussing various unsolved challenges as well as new opportunities. 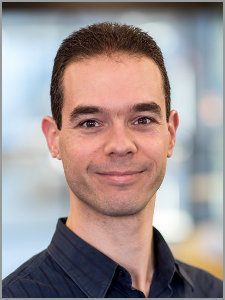 Pieter Harpe received the M.Sc. and Ph.D. degrees from the Eindhoven University of Technology, The Netherlands, in 2004 and 2010, respectively. In 2008, he became a researcher at Holst Centre / imec, The Netherlands. Since then, he has been working on ultra low-power wireless transceivers, with a main focus on ADC research and design. In April 2011, he joined Eindhoven University of Technology where he is currently an Associate Professor on low-power mixed-signal circuits. Dr. Harpe is co-organizer of the yearly workshop on Advances in Analog Circuit Design (AACD) and analog subcommittee chair for the ESSCIRC conference. He also served as ISSCC ITPC member, IEEE SSCS Distinguished Lecturer, and guest editor of the IEEE Journal of Solid-State Circuits. He is a Senior Member of the IEEE and recipient of the ISSCC 2015 Distinguished Technical Paper Award.